Be Water, Elected by Financial Times as Year of Word in 2019

Be water, a phrase used by the legendary star Bruce Lee, has been elected by Financial Times (FT) as one of the many candidates for Year of Word in 2019.  Unfortunately, the usage is distorted by the political rebels and I don’t feel like promoting politics here; curious ones could navigate to the source.  Instead, I would like to share the quote by Bruce Lee in the original context. (Source: FT Web)

According to the online source, the quote originates from a dialogue in the TV Series Long Street.  The first time I come across the phrase is from my past childhood memory.  Excuse me to reference a video game capture (Credit: Tumblr). 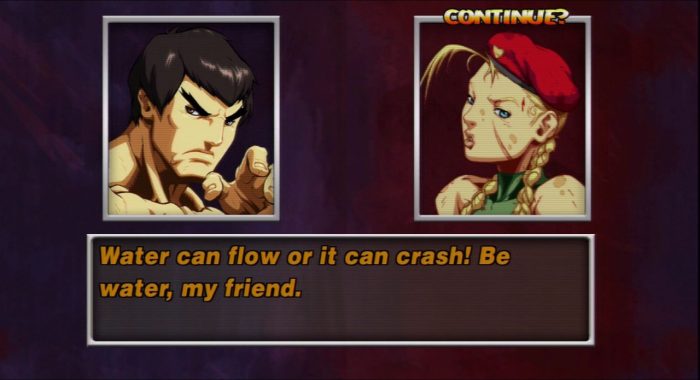 Speaking of Bruce, the latest movie Yip Man 4 has a paid great deal of tributes to the legend.  It’s feeling empty knowing that the series has come to end, not to mention Donnie Yen’s withdrawal from future kungfu movies…

(A petty P.S. for myself – “series” can be singular or plural according to Google)